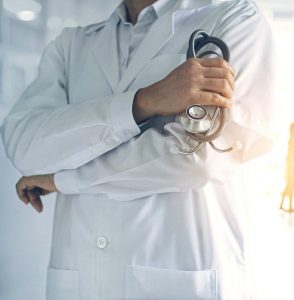 There are many things in my life that have brought me to where I am today. These things have driven me to seek out better answers to the body’s difficult questions. Growing up, I remember taking numerous antibiotics and allergy shots while also going to different asthma specialists. My childhood was riddled with health issues which has driven me to find answers to not only my issues but other’s, as well. Struggling with asthma and allergies as a kid was difficult not only when playing sports, but also challenged me in my daily life. Before inhalers were available, many of my athletic games ended up with me on a breathing machine. These struggles were a huge motivation factor for why I have continued my search for what makes a person healthy.
When I got to college I intended on following my father’s career path of becoming an optometrist. However, once I got to college, I realized that I wanted to get out of there as soon as possible. Learning was not exactly my favorite thing to do. Somewhere along the way I changed my major to exercise physiology and became a personal trainer. This was the ignition to the flame that has fueled me to where I am today. Learning it to wield knowledge and transfer that knowledge into practice caused me to become obsessed with learning. After being a trainer for a few years, I knew that was called to dive deeper into health. I recognized my ability to help others get from where they were to their goal. So I began exploring next steps in my education. This naturally caused me to look into medical school however growing up I knew that I did not like to take medication so I wanted to look at other options. My other options fit very well into chiropractic because it offered natural paths to health and looked at the body differently than Western medicine. I applied to Parker University in Dallas Texas and was excepted into the program. I began the program and ironically once I began I injured my low back weightlifting. After I got into the clinic my intern was doing a health history on me, and I had told him that I had struggled with asthma and allergies my whole life. He told me to pay attention to the asthma and just see if it changed even though he was working on my low back. I thought this was strange because I was in the clinic for my low back pain but he was telling me to pay attention to asthma. I said what the heck let’s give it a try so I stopped taking my medication which I had tried to do numerous times before hand only to end up about a week after not taking my medication, not being able to breathe and having to get back on them. After I began getting adjusted weekly and I noticed that I was able to go a week, then two weeks, then a month and now here it’s been several years over years since I’ve had any asthma medication. So this led me further to question science ,question medicine question and all the things that I had learned up until the point fo  going to chiropractic school. So naturally I began to dive deeper into what made up a healthy person. After graduation, I began working as an intern with another doctor and I began seeing patients with musculoskeletal issues and all of those patients or most of them had a chronic health issues. This obviously peaked my interest because I wanted to help with those issues as well however I was limited with only practicing chiropractic because it’s not going to fix everything. I began taking functional medicine courses looking for answers to the numerous chronic health conditions I would see and even after taking those courses I was still left with the same questions that I had started with just with more gadgets and supplements to throw at the person. This is ultimately what led me to Balance Protocol, which is the protocol that I use for patients. We are able to look at the body in a way that is not being used in functional medicine and especially not an allopathic medicine. We look at the body in a systems biology approach which allows us to look at a level where we’re not measuring downstream effects but we’re measuring whether or not the body has what it needs in order to produce the downstream effects correctly. We also look at the environment and teach the patient how to measure various aspects of their environment to make sure that it is not negatively impacting their health and we teach them to correct those issues.
When I work with people looking to improve their health, I do not “treat” them, I “teach” them. This approach enables them to grow out of needing my help and hopefully stay out of the doctors grasp for the majority of their life. 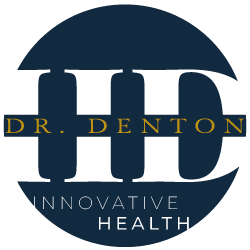 Apply for a Consultation

Apply for a Consultation